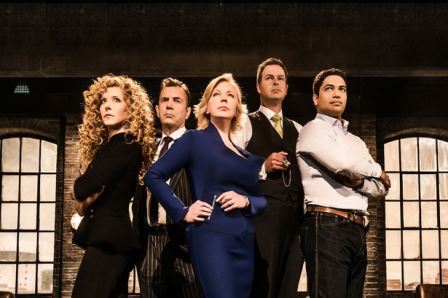 The ones that got away

For the entrepreneurs behind companies like Reggae Reggae Sauce, now a multi-million pound brand, securing funding on TV’s Dragons’ Den has helped them achieve success. But the Dragons haven’t always spotted a winning business. Here are five of the companies that failed to win over the TV investors but have gone on to big things anyway:

Tangle Teezer is reportedly the most successful business rejected on Dragons’ Den. Now valued at £65m, the business was founded by Grimsby entrepreneur Shaun Pulfrey who entered the Den in 2008 looking for £80,000. But the investors dismissed his brush, which deals with tangled hair, meaning he left empty handed.

The product is now sold in 70 countries and the TV investors, who dubbed it “hair brained” and “a waste of time”, have missed on a potential return of £8m.

Rob Law’s ride-on children’s suitcase brand Trunki got the Theo treatment in 2006. He snapped off the handle and Law left the Den without the £100,000 he was asking for.

But since then the entrepreneur has built a £7m turnover business and expanded his range of products. Law employs 30 people from a converted church in Bristol and has sold more than 2m suitcases.

The panel said no when Natalie Ellis appeared on the show looking for £120,000 for her non-spill travel dog bowl in 2008. But seven years on it is still going strong and one of several products sold by Essex-based company Prestige Pets. Ellis exports her animal accessories to 42 countries including the US, which the Dragons told her “is the graveyard for British business”.

Dan Cluderay and Andy Needham pitched their business, which sells food passed its best before date at knock down prices, on Dragons’ Den in 2014. The investors couldn’t see the potential and all opted out.

After the show Cluderay and Needham secured funding of£400,000, more than double what they asked for in the Den. The business now turns over £4m and earlier this year made it to the final of Sir Richard Branson’s Pitch to Rich competition.

Tony Curtis got the idea for his range of heated gloves while watching his son play rugby on a freezing rugby pitch. Four years later he took the idea into the Den and pitched for £100,000. He was turned down. The award winning business is still trading though with strong sales.